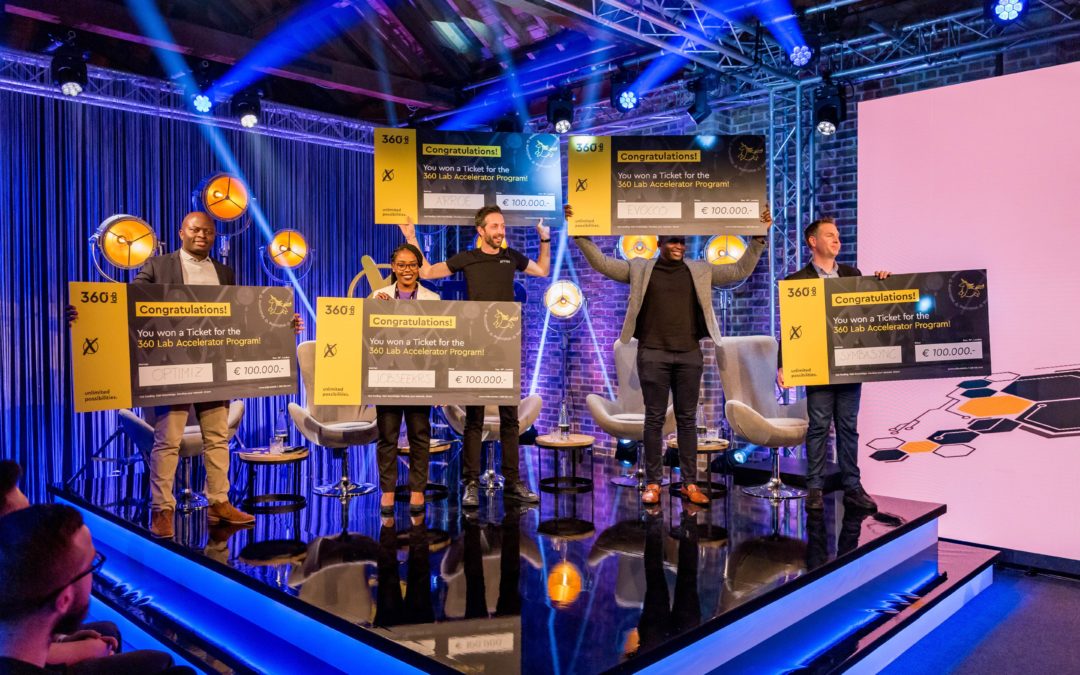 The 360 Innovation Lab is on the hunt for new, innovative start-ups whose ideas will be developed and prepared for the market. On Wednesday 18th December 2019, the third Xcite event took place at London’s Tobacco Docks.

Of the 1,000 applicants at each location, the most promising 15 were selected to present their businesses to start-up experts and sector insiders. All start-ups participating had the chance to attend a start-up boot camp beforehand, where experts provided them with exclusive pitch training in order to optimally prepare themselves for the Xcite pitch. As the exciting evening came to an end, five winners were announced – as part of the “360° in 360 Days” Accelerator Program they receive 100,000 Euros venture capital and can participate in an intensive, one-year mentoring and coaching program tailored to their needs. They also get access to a unique, international network which covers all continents and helps them to get up to speed on the international market.

The lucky winners of the Xcite event in London:

“I’m thrilled that we’ve been able to support so many qualified, young companies as part of the first two batches. The participants have already managed to improve their market performance significantly during the course of the Accelerator Program and we have discovered many promising start-ups at the third Xcite Event,” explains Christina Vancea, CEO 360 Innovation Group.

“It’s never been so difficult for us to come to a decision before. The quality of the Founder Teams and their company was incredibly high and we can’t wait to start the Accelerator Program with these fantastic participants in Graz,” says Felix Uitz, Managing Director 360 Innovation Lab.

A little bit about the 360 Lab Innovation Group

The 360 Lab Innovation Group is comprised of the 360 Innovation Lab and the 360 TechLab (a high-tech hardware prototyping space) in Graz, the 360 Lab San Francisco which has settled in Silicon Valley (innovation hub und full service provider for European and Latin American start-ups) as well as the 360 CodeLab in Warsaw (software development). The Accelerator Program is the heart of the 360 Lab Innovation Group. It prepares young, promising start-ups for their international market entry and supports them in their development as major global players. This unique, twelve-month program is divided up into three phases, the final stage taking place in the CoWorking Space in Silicon Valley.